My grandfather and his two brothers owned Arata Brothers retail grocery stores and wholesale grocery distributors from the 1920s to the late 1970s. At the death of the last brother, most of their money went into a charitable trust—like many of those managed at the Foundation—called the Arata Brothers Trust. Family members, now the second and third generation, use the Trust to make grants to local nonprofits; since the late 1970s, more than $15 million has been given to the Sacramento region community. 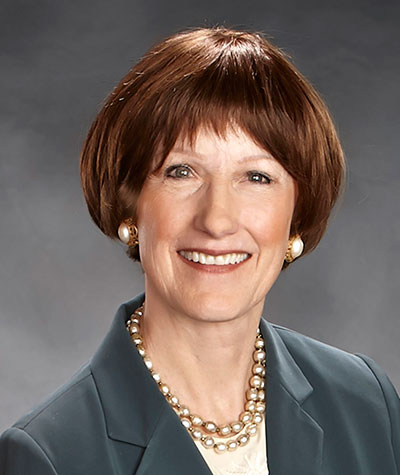 While a small part of the estate went to my mother, one could think, “How unfortunate that our family didn’t inherit more of that money.” However, I agree with Michael Bloomberg who said he didn’t think his kids should inherit all of his money because they were in the “lucky sperm” club.

It’s true that children can benefit from some inheritance, but every estate should have some money allocated to benefit the community. Here are some points to consider:

It’s interesting to note that members of Generation X and millennials will be “the most significant philanthropists in history” because of the estimated $59 trillion in wealth that is currently being transferred to them from their aging baby boomerparents and grandparents, according to the book, Generation Impact. Engaging your children now in creating a charitable legacy can be one of the most rewarding planning activities for you and your family and can play a role in ensuring the transfer of wealth will make a positive impact.

A partner at Foord Van Bruggen & Pajak Financial Services, Elfrena Foord is a Certified Financial Planner and a Certified Advisor in Philanthropy. In addition to her past service on the Foundation’s Board of Directors, she has served on the boards of Sierra Forever Families, the Sacramento Estate Planning Council, KVIE Public Television, KXPR Public Radio, and the Sacramento Rotary Club Foundation. She is a Foundation fundholder, a member of the Steering Committee for the Foundation’s Philanthropic Advisors’ Forum of Greater Sacramento, and, in 2014, she was awarded the Don Poole Award for her contributions to local philanthropy.

In addition to reading the select articles below, we invite you to browse the entire Spring 2019 issue of Impact.

As part of our arts initiative, the Foundation is leading the movement to advance cultural equity in the Sacramento region

Even when the government is fully funded, food insecurity is a scourge in the Sacramento region, despite the area’s agricultural abundance

A $1.1 million grant is increasing college success for young men of color and strengthening institutional partnerships

Children can benefit from some inheritance, but every estate should have some money allocated to benefit the community